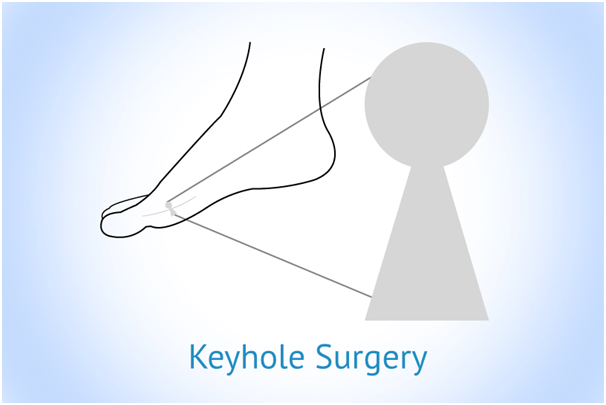 Foot surgery is generally recommended when a foot condition has reached a stage where conservative treatments are no longer effective or the condition has poor long term prognosis with conservative management. Understandably, being advised that surgery is the best treatment option can make a person quite anxious. In my experience there are typically a few key reasons for this:

However, these preconceptions are often more associated with older surgical techniques.

Older procedures tended to use larger or more incisions and require more surgical time. Modern techniques on the other hand tend to be Minimally Invasive (keyhole surgery), requiring fewer and smaller incisions and less time to complete. This has the effect of minimising postoperative risk and decreasing recovery time. Improvements in modern surgical techniques have led to better outcomes and lessen the likelihood of recurrence.

For example, Bunion surgery has been available for several decades and traditional open techniques were the norm until the mid-1990’s.
Just to remind you, a Bunion is a bony bump that develops below the big toe due to deviation of the bone. It is progressive and will worsen over time without intervention, and currently surgery is the only way to fully resolve the deformity. 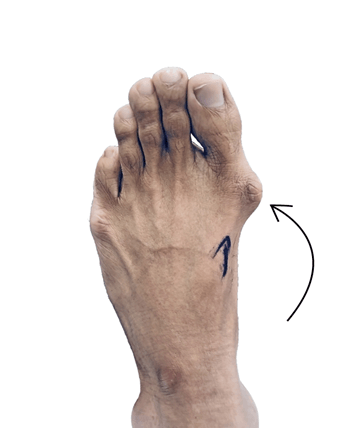 Traditional open surgery to correct a Bunion would normally involve a 2-6 inch incision, whereas Minimally Invasive surgery would typically only involve a ⅛-½ inch incision. Specialised tools allow the surgeon to operate with limited direct visibility.

These smaller incisions allow for several benefits and improvements, including less chance of infection, less pain from skin and soft tissue trauma and hence a faster recovery.

In some cases however a surgeon may recommend a traditional open technique rather than Minimally Invasive surgery, dependent on the severity and type of Bunion. In addition to this, different surgeons will favour different techniques and have varying levels of success. It is therefore advisable to thoroughly research your surgeon and, where possible, seek a second opinion.

London offers a vast range of expertise and surgical talent in a relatively small area. Many of the world’s best surgical fellowships and hospitals are in the UK. Harley Street in Central London in particular is the most densely populated area of Private Healthcare Practice in the world with a reputation for being home to World Class surgeons and doctors, making London an ideal place to seek surgery.

If you have any other questions or would like to reserve an appointment, get in touch with our team: