Cryotherapy and its Role in Treating Verrucae, London 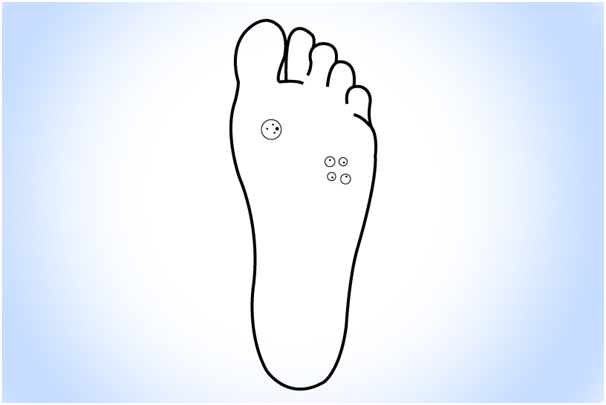 Cryotherapy is the use of cold temperatures in the treatment of medical conditions. It umbrellas a number of more specific treatment terms, including cryosurgery and cryoablation. In terms of foot care Cryotherapy is most commonly used to treat verrucae.

Verrucae are a form of wart that grows on the sole of the foot. These typically present as a small black dot with hard skin growing on top and can be quite painful, often compared to walking on needles. A verruca will normally resolve by itself, but this can take several months and even years; ⅓ of verruca are still present after two years. Due to this, patients will often seek treatment to remove the verruca.

How does Cryotherapy work?

Cryotherapy involves applying a very cold substance, normally liquid nitrogen, to the verrucae to freeze the wart off. After treatment a sore blister will often form, which eventually scabs and falls off within 10 days.

Cryotherapy is applied as either a spray or via cotton bud stick over the course of 5-15 minutes and may take several sessions over up to three months to resolve the complaint.

When is Cryotherapy used?

No treatment for verruca is 100% effective. Normally home remedies, such as over-the-counter gels and ointments are recommended in the first instance. Should these fail, Cryotherapy is a common second option and is available at either a GP practice, Hospital or at specialised foot clinics.

There are some occasions when Cryotherapy is not advisable. For instance if you are pregnant, diabetic or have low immune system, or are taking certain medications. It is important to seek specialised opinion in these cases.

Benefits of Cryotherapy include

There are several benefits to Cryotherapy, including:

How much does Cryotherapy cost?

The price of Cryotherapy can range depending on a number of factors, including:

At our centre in London, Cryotherapy for self funding patients is: £184 for the first session and £116 for any follow ups.

If you would like to find out more about Cryotherapy or to book a consultation to discuss a verruca issue, please don’t hesitate to get in touch: